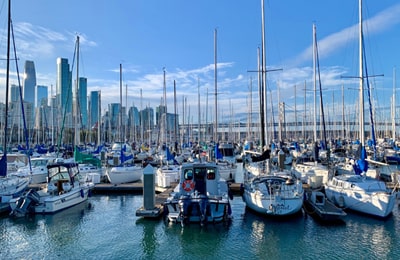 From Michelin-rated restaurants to stunning public parks, living in a San Francisco, CA neighborhood certainly has its perks. Whether you’re new to the area or you’ve been here for a while, there may be a few local institutions that you’ve yet to discover. Don’t fret, though. That’s where we come in. Start planning your itinerary for this weekend and incorporate some of the following beloved local spots if you want to really explore everything around the South Beach neighborhood.

If you’re ever really craving an enormous, fresh sandwich, then Ike’s Place on 16th Street is the restaurant to visit. This modest deli has racked up thousands of reviews on Yelp, many of them praising its signature bread (the Dutch Crunch) and it’s house-made “dirty” sauce. Order the Will the Thrill sandwich on Dutch Crunch to savor some of the dirty sauce with halal hot links and Jack cheese, or try the popular barbecue chicken Menage A Trois sammy.

For something a bit fancier, check out Brenda’s French Soul Food. Locals rave about the inventive Creole-inspired brunch fare on the menu here, from the crawfish beignets to the grits. You can even do a beignet flight and taste a few different versions of the sometimes sweet, sometimes savory treats.

In a city as sprawling as San Francisco, there’s no shortage of art, culture, and education. Case in point: the de Young Museum. The museum was launched back in 1895 and has been thriving ever since, home to a huge collection of American art spanning the 17th, 18th, 19th, and 20th centuries.

If you have kids along who want to learn, you might consider checking out a more hands-on museum, such as the Exploratorium. Here, you and your brood can learn how gravity, momentum, and even centripetal force factor into skateboarding, or watch while sweets are crafted right before your eyes via the Candy-o-Matic. The California Academy of the Sciences also engages minds, both big and small, with colorful exhibits like the “Rainforests of the World” and the “Philippine Coral Reef.”

Perhaps the most iconic structure in all of San Francisco—one of the most iconic in the country, even—Golden Gate Bridge is a sight every local should see. But it’s more than just the bridge; there’s all of Golden Gate Park to explore. More than 13 million people come here every year not only to ogle the bridge, but also to explore 1,000-plus acres of gardens and playgrounds, trails and picnic areas, and much, much more.

For a more laid-back adventure, plan a trip to Mission Dolores Park. It’s much smaller at just 16 acres, but still a beloved local spot due to its frequent festivals, concerts, and other events. You can also go for a walk with your pup or lay out on the lawn at Mission Dolores Park.

Then there are the local attractions that don’t quite fit into any other category, such as the Seward Street Slides. The young and young-at-heart alike love zooming down these side-by-side concrete slides at the intersection of Seward Street and Douglass. Bring a slab of cardboard along to sit on, and you’ll zip down the slides even faster.

The 16th Avenue Tiled Steps are something every San Franciscan should see, too. The mosaic-tiled steps are even more special because they were crafted by the community, decorated to look like a sea flowing upward into a starry, then sunny sky.

There are certainly plenty of things to see and do when you’re renting in South Beach, San Francisco. The attractions identified above, however, only represent a fraction of what’s available. To discover more, you’ll need to go out and have fun exploring the area on your own!